VCF calls for more practical approach to FGM in the UK

VCF calls for more practical approach to FGM in the UK

26 September 2016: VCF calls for more practical approach to FGM in the UK

The Home Affairs Committee has published its latest report on FGM prevention, and yet two years after its FGM inquiry, communities’ call for strategic support has largely been ignored and still we fail to address a fundamental aspect of the plan, to effectively engage with UK-based communities to eradicate FGM.

Following its submission to the Home Affairs Committee in 2014, VCF – The Victoria Climbié Foundation UK became a lone voice in raising concerns about the strategy being considered to address FGM in the community. We had consulted across generations and genders to offer a community perspective to the issue.

Since 2003, VCF has been supporting FGM campaigners and survivors to ensure their voices are heard. Yet the very individuals and organisations that brought the matter to the forefront of political debate are still struggling to manage the fallout for communities seeking help to address the apparent disconnect between what they knew as a cultural practice and that determined as child abuse in the UK. What the community did not anticipate was being held hostage to angry campaigns by those who knew little of FGM or its origins.

Whilst the statutory response has been branded a national scandal, the community-led response to the eradication of FGM is proving to be more effective. The issue of FGM is no longer taboo in our communities and many welcome the global spotlight on an increasingly out-dated tradition.

At VCF, we believe that FGM can be eventually eradicated in the UK as prevalent communities are aware of the legislation forbidding the practice of FGM. The increase and prevalence of FGM has largely been seen through health settings, often prior to, or during childbirth.

The reality within the UK-based communities is that despite the shocking – and somewhat skewed – statistics we see in media reports, and the continued and deliberate use of the term ‘barbaric’ for FGM, alongside other forms of abuse not labelled so, few would subject their daughters to the same fate knowing what they know as adults fully informed of the law and consequences for their health.

The data being recorded appears to be making a strong link between women subjected to FGM as children and those children perceived to be at risk today. Thus we are unlikely to see prosecutions whilst historic abuse is the basis being used to demonstrate why we need to focus on communities that are already learning to adapt to their current environment.

For those who choose to continue the practice of FGM, the law is clear, and surely does not necessitate police patrols at airports aimed at targeting specific communities or sanctions against health professionals already mandated to report, which is out of synch with wider child safeguarding and protection practice. Many are perplexed by the radical approach to FGM which from a UK community perspective is declining.

At VCF, we continue to address FGM from a children’s rights perspective to best serve children, and families seeking advice and practical support to ensure that every parent or guardian is fully aware and understands the law, for example, what is, and what is not, acceptable when bringing children up in this country.

The view of the community is that more work needs to be done ‘at home’ (in countries where the practice is prevalent); Somalia, Ethiopia, Egypt, Senegal, Gambia, Mali, sub Saharan Africa, and Middle East countries being cited by most. Many within the community do not know of the practice being carried out in the UK and to-date there has been a lack of evidence in this regard.

The lack of prosecutions continues to be at odds with reported figures, thus we are not able to gauge the true picture for FGM in this country nor why we are failing to secure convictions for this crime.

We welcome the Home Affairs Committee recommendation for a joined up approach across several government departments funding FGM prevention work. However the request for research to understand why FGM takes place may need to be further considered in scope.

Why FGM takes place is well documented. What is not yet clear is its prevalence in this country!

@PaulGarvey4: Weekend poll. Every child matters. Should this be a central tenet of the work of schools? Please RT and do comment!
@ukvcf 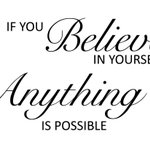 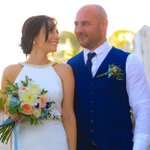 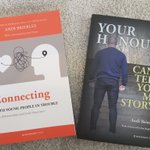 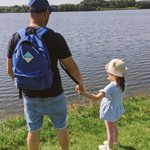 @_20EffectChange: @alexberesfordTV @metpoliceuk Sadly, Knife crime is often a symptom of horrific exploitation/trafficking, which is linked to the illicit drug market. Decompartmentalising these issues is ignorance and is part of the problem, because the public aren’t getting the full picture, which is counterproductive.....
Follow @ukvcf